What is Celiac Disease?

celiac disease is a condition characterized by inflammation of the lining of the small intestine due to an autoimmune reaction (body’s immune system mistakenly attacks own healthy tissues) against gluten, a protein found in foods such as oats, wheat, rye, and barley. Intake of such foods may lead to gastrointestinal and malabsorptive problems.

The small intestine of the human body consists of numerous small finger-like projections called villi, which line its inner wall. These villi provide a larger surface area for food to digest and absorb into the body. In patients with celiac disease, these villi become inflamed and flatten due to the autoimmune reaction, thereby reducing the surface area for the absorption of nutrients.

celiac disease occurs when your body’s immune systems mistake gluten, a protein found in many foods, as a threat to the body and causes an inflammatory reaction in the small intestine. The cause of this autoimmune reaction is not very clear. A familial history and underlying conditions, such as type 1 diabetes and ulcerative colitis, increase your risk of developing celiac disease.

The celiac disease usually causes an inflammatory reaction that leads to various gastrointestinal and malabsorptive problems. The condition may sometimes be associated with dermatitis herpetiformis, an itchy skin rash.

The various symptoms of celiac diseases include:

While undergoing these tests, you will be advised not to discontinue gluten intake in order to obtain appropriate results.

If celiac disease is left untreated for a long time, it may lead to several associated conditions such as poor nutrition due to mal-absorption of nutrients, and complications in other parts of the body such as skin, joints, liver, pancreas, thyroid gland, nervous system, and reproductive tract. The severe reaction of your immune system to gluten intake may lead to a condition called dermatitis herpetiformis, which causes skin rashes on various parts of your body.

In addition to this, you may also be prescribed supplements for calcium, iron, and vitamin for a certain period of time to replenish lost vitamins and minerals while your digestive system is healing. Your doctor may prescribe medications to treat associated conditions such as dermatitis herpetiformis along with diet control.

Sometimes, the celiac disease may hinder the functioning of your spleen, which may make you highly susceptible to infections. To avoid this, your doctor usually administers vaccinations against infectious diseases such as influenza, pneumonia, and meningitis. 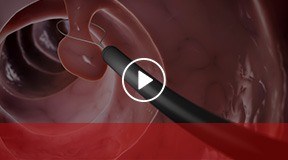